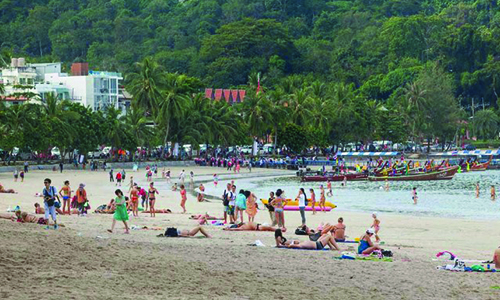 Bangkok, 16 October, 2017 – Thailand is imposing a smoking ban on some 20 popular beaches across the country as part of the country’s sustainable tourism plan efforts. The ban comes into effect in November 2017.

Tourism Authority of Thailand Governor, Mr. Yuthasak Supasorn said, “These beaches are among the most beautiful in Southeast Asia, and the aim is to keep them that way.”

Many tourists include a visit to one or more beaches as part of their holiday in Bangkok and wider Thailand, and these beaches offer the opportunity to enjoy some unique Thai local experiences.

“People who do smoke need not worry, as they will still be accommodated. The new smoking ban on Thai beaches is aimed at maintaining a clean and safe environment for everyone and to help with Thailand’s positive image as a wonderful tourist destination,” Mr. Yuthasak added.

While the smoking ban covers the beaches themselves, officials say there will be designated smoking areas provided inland with refuse containers for the disposal of cigarette butts.

Thailand’s Department of Marine And Coastal Resources says it has had to retrieve tens of thousands of butts from the sands of beaches, with this accounting for a large amount of all rubbish collected. A department official said up to 138,000 butts had been collected from just one particular beach – a 2.5 km stretch of Phuket’s popular Patong Beach.

Come November, the new smoking ban on Thai beaches that has been making Thai tourism news recently will carry a fine of up to 100,000 Baht or a year in prison. Far better, it will be, to head to the designated smoking areas for a cigarette.

Officials say the ban initially being implemented on the 20 or so beaches could be expanded to all beaches in Thailand, if it is successful in tackling the waste problem. Meanwhile, under consideration is a similar measure against smoking on tourist boats.

Thailand became a party to the World Health Organisation Framework Convention on Tobacco Control on 27 February, 2005. Since then, the country has become one of the world’s forerunners in the fight to ban smoking from public places.